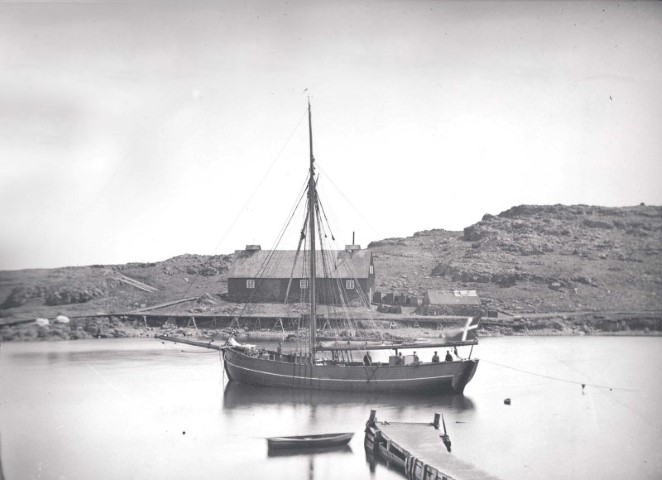 Brief history of the area

The man leading the first family to settle in Iceland, Ingólfur Arnarson, and his foster brother who was later killed at Hjörleifshöfði by the south coast, spent their first winter in this country at Geithellur in the second major valley south of here, Geithellnadalur. In the spring, some women climbed the mountains there and noticed smoke from the island Papey, so that the group sailed there and discovered Irish monks. Arnarson and his followers returned to Norway and upon coming back to Iceland, in 874, moved farther west along the south coast.
Irish monks were therefore the first residents of this area, floating over the North Atlantic in skin boats. Since they did not raise families and start a nation, they have not been called settlers. In De mensura orbis terrae, the Irish scribe Dicuil wrote in 825 that he had spoken to hermits who had been in Iceland in 795, called Thule by them, where it was so light at the summer solstice that lice could be picked out of clothes at midnight. Though we are not certain when the first monks arrived, Dicuil mentions that Irishmen had stayed in the Faroe Islands since around 725. The early 12th century Book of the Icelanders by Ari fróði states that when the Norwegians moved here such monks departed from Iceland and even left various Irish articles behind, not wanting to live among heathens. The Book of the Settlement of Iceland, which Ari probably also helped compose, mentions specifically that such monks abandoned their belongings on Papey. Now only various place names and such stories remind us of their presence there.

Genuine settlement in the area of Djúpivogur is first attributed to Þjóðrekur, who claimed all the land surrounding the fjord Berufjörður along with the peninsula that Djúpivogur now stands on, Búlandsnes. Þjóðrekur lived at Skáli on the north shore, but remained only three winters. Apparently another man, Björn hinn hávi, lived simultaneously on Búlandsnes (bú being related to English “build” and “bower”); he bought farms from Þjóðrekur and is said to have fathered later generations of the fjord.

Several kilometres southeast of Skáli, at Gautavík near the middle of the north shore, the first successful missionary to Iceland, Þangbrandur, who had been sent by Olaf I Tryggvason, king of Norway, landed but was first refused relations with the people of the neighbourhood. A chieftain in Álftafjörður farther south, Síðu-Hallur, found out and invited Þangbrandur to bring his group there. Hearing Þangbrandur sing to the archangel Michael at Michaelmas that autumn, Hallur requested more information and was told that Michael would judge all his actions, both good and bad, though considering more the good ones. Hallur said he would willingly be baptized, if Michael would follow him through life. Everyone in the household was then baptized, in all likelihood giving the river Þvottá its name (þvo means “wash” - see the monument there to the coming of Christianity with what was probably the first baptism in Iceland).

A tragedy to go down in local history was the plundering by marauders from North Africa, who rowed into Djúpivogur at sunrise on June 6, 1627. Most of the first people they caught and bound had still been asleep. Everyone found at the harbour and nearby farms was herded along; only one boy escaped and managed to warn other residents on the south shore of Berufjörður to run for their lives. Those fleeing escaped over the pass Berufjarðarskarð at the innermost end of the fjord, so that the pillagers continued driving their unfortunate flock along the north coast of the fjord, finally sailing away from near the farm Berunes, but only to stop once more for robbery in the next fjord south, Hamarsfjörður. Over a hundred slaves were taken away from these parts, rendering the area sad and forsaken for years. Remaining citizens built the cairn Bóndavarða and for a long time kept watch at that lookout point just above the village, which was also used by the British for surveying the ocean during World War II.

Commerce has long been active in Berufjörður, beginning at Gautavík before Þangbrandur arrived there. Soon after 1500, however, Hansa merchants from Bremen in north Germany took their business to the cove Fúluvík, located a short way south of the present-day village of Djúpivogur but now filled by sand which was mostly carried here by ocean currents after floods of ash from the eruptions of Katla under the glacier Mýrdalsjökull on the south coast (by Hjörleifshöfði). Some eighty years later on June 20, 1589, merchants from Hamburg, Germany, received certification for trade here from the Danish king and transferred to Djúpivogur. It has remained a trading post ever since, well over 400 years, though from 1602 to 1787, as in the rest of Iceland, business was monopolized by royal decree, the Danish merchant at Djúpivogur having exclusive rights to the territory all the way south to the hazardous glacial river Skeiðará by the current national park at Skaftafell.

From 1818 to 1920, the Danish company Örum & Wulff saw to trade here, i.e. until it was taken over by the local cooperative, which later joined to the larger cooperative centred at Höfn. The building Langabúð, which today contains the local museum, was constructed as a warehouse and store in 1840 and illustrates commercial buildings of that time. In addition, the branch offices of the cooperative are housed in a building from 1848. Other mementos of the past include, at the village, the former residence (called Hraun) and office facilities of Eysteinn Jónsson (see photo), who served in the position of three different national ministers for a total of nearly twenty years between 1934 and 1958, and the abandoned farm Strýta a few kilometres west of here, boyhood home of artistic brothers, the sculptor Ríkharður (b. 1888) and the painter Finnur (b. 1892) Jónsson.

The Icelandic sagas, telling of the late 9th to early 11th centuries, mention fishing in the sea, and later-century tales describe the activities of Danish, Dutch and perhaps other foreign fishermen near these shores. In the latter 19th century sailing ships were stationed at Djúpivogur, pulling in sharks, cod etc., though they departed before the end of the century, leaving the fishing to smaller boats which indeed have always frequented the sea in this region. The first one of them to have an engine and not depend on oars probably arrived in 1905, but motor-driven boats soon became numerous, including those of fishermen from Seyðisfjörður, Norðfjörður and Eskifjörður to the north. In general, smaller boats do not venture far from land and only stay out for the day, whereas after 1950 and particularly starting in the sixties larger ships begin to put out from Djúpivogur for several days at a time. Herring was abundant then until the late sixties, and shrimp was caught in Berufjörður around 1970-80, though cod, haddock and other white fishes have always been the staple product, along with capelin since the seventies. A recent development is small fishing boats built for speed. Most of the modern catch is frozen fresh, though much is salted and some dried on racks. Shark processing has also been carried on in recent years. 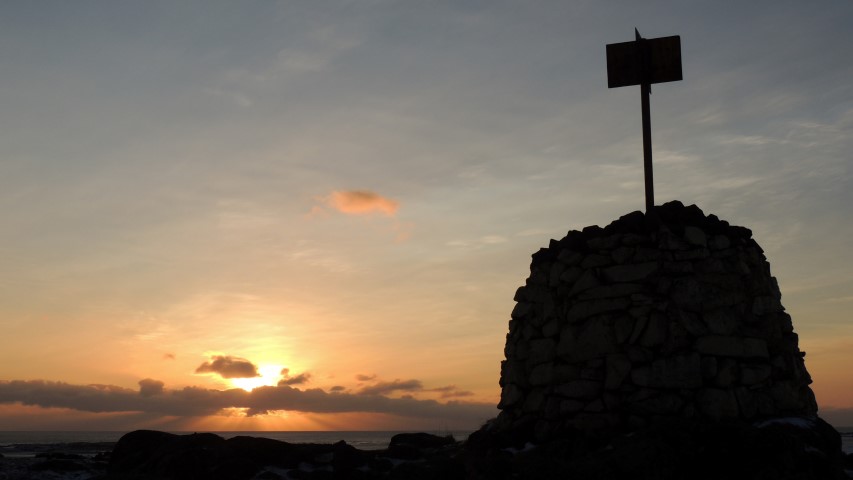